Cathedral in Christchurch, NZ to be built from Cardboard and Shipping Containers

After Christchurch’s icon, the Christ Church Cathedral was severely damaged in the earthquake in February this year and then again in the June quakes, it will need to be dismantled and rebuilt.

But before that happens, the city is likely to have a temporary cathedral built from unlikely materials – cardboard and shipping containers.

Christchurch leaders have revealed the unconventional design they want to use for the city’s temporary Cathedral and it is made out of cardboard and uses shipping containers as the foundations. 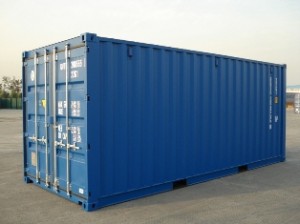 They hope to have it built by the first anniversary of this year’s major earthquake at an estimated cost of $4 million.

The design has been presented by Japanese architect Shigeru Ban, who is known for building temporary structures after natural disasters.

A church he built in Kobe, Japan, after the 1995 earthquake served the Catholic community there for eleven years.

Christchurch’s temporary Cathedral would be built from a combination of reinforced, waterproofed cardboard and shipping containers. This would allow it to be easily relocated or recycled once the permanent church is completed.

This entry was posted in Uncategorized and tagged shipping container.