Last week a further ten potentially explosive refrigerated shipping containers (reefers) were found at ports in the USA with a question mark still hanging over the fate of the growing collection of containers.

Earlier this year maritime authorities reported that three reefer containers exploded or caused a fire, resulting in two fatalities in Vietnam and one in Brazil.

The explosions were believed to be the result of contaminated gas added to the containers’ refrigeration units during servicing in Vietnam.

In the Port of Seattle alone there is a growing stack of 80 refrigerated shipping containers which is sitting by itself, isolated from the rest of the port for safety reasons. 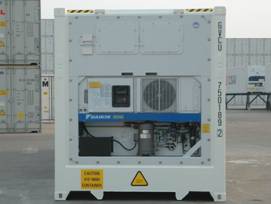 The US Coast Guard said it is working with the terminal operators to keep the 80 containers away from everyone, but worryingly admits there is no specific plan yet for dealing with them.

The Pacific Maritime Association, which represents the various terminal operators in the USA, said it is looking for a solution to checking each shipping container to see if it poses any risk. These at-risk containers are being turned away from terminal operators, and as a result, they remain out in the public.

The three reefers that exploded were operated by Maersk Line, but since the danger was reported all carriers are scrambling to find any reefers that have been repaired in Vietnam since February.

Maersk has removed all its 844 reefer containers that have been repaired in Vietnam.

This entry was posted in Blog.