The sporting goods brand has created a new campaign, The Sport of Fitness Has Arrived, that spotlights its partnership with CrossFit, a strength and conditioning program with a rabid cult following. 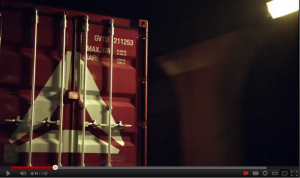 At a recent event in New York City, Reebok unveiled a new TV spot from the campaign that will also include print, digital and event-based marketing such as a YouTube takover and events in select cities around the world that encourage consumers to try CrossFit.

As part of its partnership with CrossFit, which was inked last May, Reebok has become the title sponsor of the Reebok CrossFit Games, which crowns the fittest man and woman on earth, and a dual logo graces the CrossFit containers in which participants perform their workouts; some of which were supplied by Grand View Container Trading as seen in the TV advertisement.